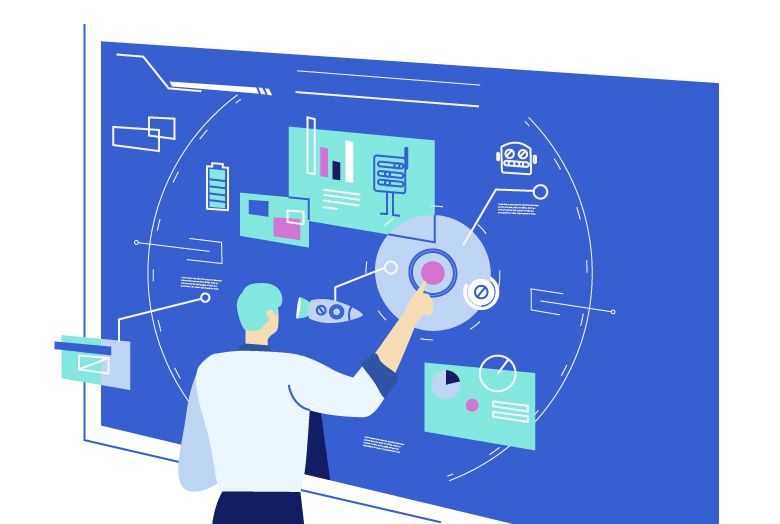 Once again, the time has come for constant changes in the design of phones. The power/compact ratio allows to create more advanced AR-devices. Machine learning makes life easier on almost all fronts. How will all this affect the trends in software development in 2019?

Android P brought the opportunity to developers to access all the cameras of the device separately. The main features of the new Multi-Camera API are listed on the official Android website. Of course, the real volume of opportunities that this API opens is difficult to overestimate. For now in the market of applications there are no strongly remarkable examples that may show all chic of new API. Since the release of Android 9, only half a year has passed, so it is expected that during this year dual-camera related apps will flourish.

Another 2019 mobile trend. In the first half of 2019, foldable smartphones by most of the market leaders will become available, so we can expect that by the end of the year many applications  that will use foldable screens in many special ways will be developed and released. The developers of the most popular applications will also make sure that their apps make the most convenient use of such upcoming features.

Developers from Google have already promised that Android will natively support devices with foldable displays.

No changes. It was, is and will be. According to some reports, 40% of businesses have already adapted AI tools to automate their process. Demand continues to grow, so supply is growing proportionately. Presumably, AI ​​specialists will be “most wanted” in 2019.

As already mentioned, the developers of AR devices manage to fit more and more power into smaller devices. Accordingly, software developers have more opportunities to implement AR applications. For now, one of the most pressing problems of AR devices is synchronization with the computer / console. Some glasses can deal with it in some ways, but there is a lot to strive for.

Perhaps the greatest hopes are placed on HoloLens 2 by Microsoft. The first version was not the most successful solution – a narrow viewing angle and high price – not at all what was expected from such a big company. We hope the second try wouldn’t be so lumpy.

Of course, we want to believe that not only the best predictions will come true, but that real trends will become even more advanced than expected. It remains only to wait and watch.